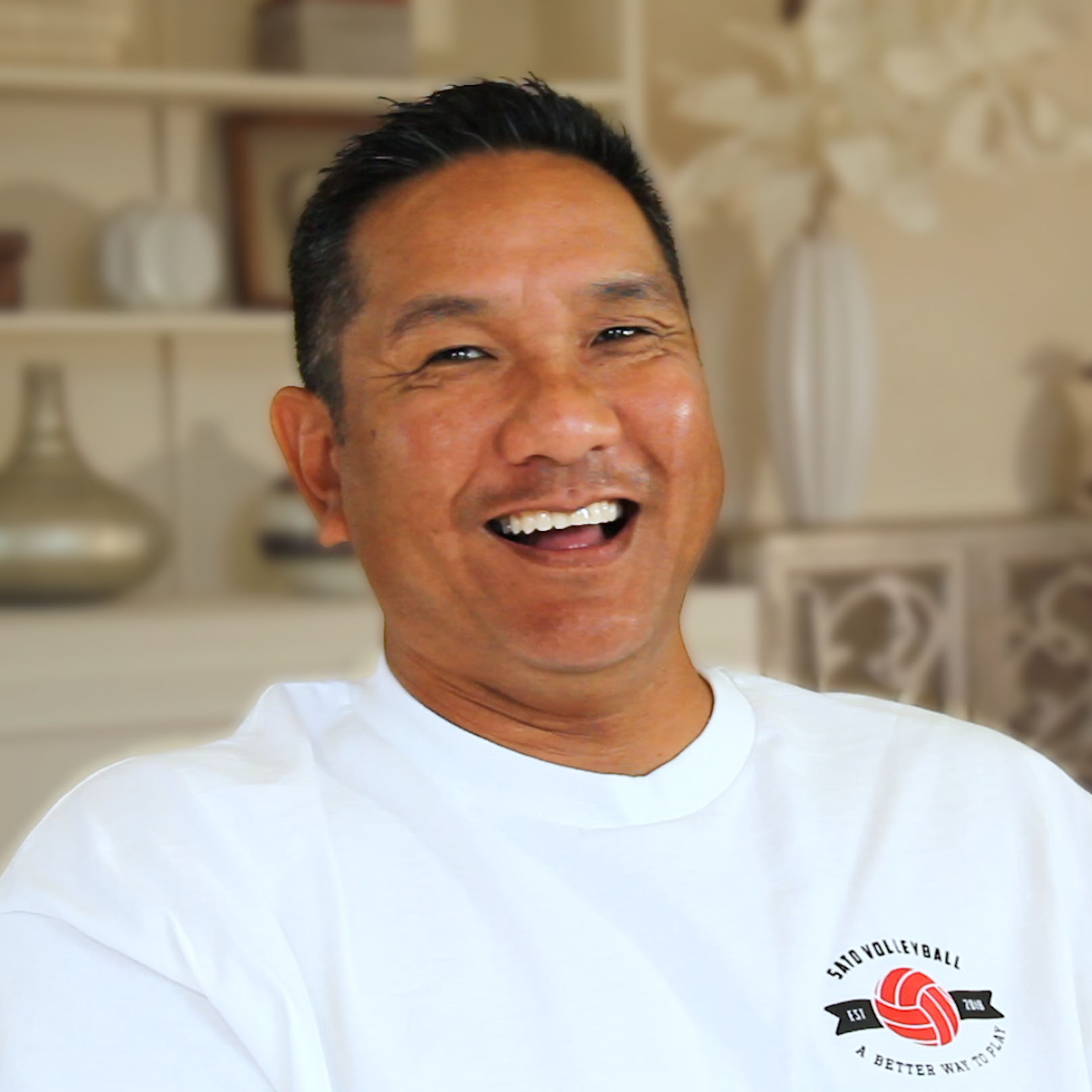 Known as the best defensive specialist in the world in the late 1980's and early 1990's while playing for the USA National Team, Eric Sato is a two-time Olympic medalist winning Gold in 1988 and Bronze in 1992.  He also earned gold medals from the 1986 World Championships and the 1987 Pan-Am Games, as well as bronze medals from the 1991 World Cup and the 1994 World Championships.  Sato was also a member of two USA Volleyball Open national Championship teams, and was also named Defensive Player of the Year on the 4-man pro beach tour in 1997.

He then turned his attention to coaching. In his ten seasons at the helm of Francis Parker High School's Varsity Girls Volleyball team, Sato guided his squads to the 2004 and 2005 California Interscholastic Federation (CIF) Division IV state championships and four CIF-San Diego Section D-IV titles in 2002, 2004, 2005 and 2006, while making six straight CIF Finals appearances. His teams have also captured seven consecutive Coastal League South championships.  He was named San Diego County and California State Coach of the Year for the 2004 girls' season, and repeated as SD County Coach of the Year in 2005. The CIF San Diego Section named Sato 2005-2006 CIFSDS Coach of the Year.

Sato's first boys' team as head coach captured CIF D-IV and Western League championships in 2006, and as an assistant coach he also contributed to the previous six consecutive CIF & Western League titles earned by Parker boys' volleyball teams since 2000.  He also led the Parker boys' JV squad to an undefeated season in his first season with the Lancers.

As head women's coach at Grossmont College from 1998-2000, Sato led the Griffins to the Pacific Coast Conference championships in 1999 and 2000, earning conference Coach of the Year honors both seasons.  In 2003 he was honored by USA Volleyball as one of the members of USAV's 75th Anniversary All-Era (1978-2002) Team.  In 2011 Sato was selected as Volleyball Monthly top 35 all time greats.  In 2016 Sato was selected USAV's All-time great male player award.
Also a highly sought clinician, Sato has coached for Coast, Epic, Starlings, San Diego, and Seaside Volleyball Clubs.  Sato joined the coaching staff of Karch Kiraly Volleyball Academy in 2007.

Hear more about growing up Sato!

Insight Data Solutions is the manager of Satovolleyball.com. IDS maintains this website, creates and produces courses in conjunction with Eric Sato and provides billing and customer support for all courses sold through this site. All learning material is produced with only the expertise of Eric Sato and professionals he chooses to help teach volleyball. We are a California Corporation with offices in Escondido, CA. You can contact us at info@insightfordata.com for more information.